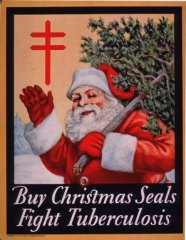 Christmas seals appeared on all my parent’s cards they sent out during the holiday season.

I stopped to chat with the postman as he was locking up the Silver Sage Village mail boxes. I get a few things by 1st class mail, but it’s mostly bills and junk.

Today was no different as the mail ended up in the circular file headed to the recycling bin. The other day I got a letter from the IRS saying I owe a few bucks. Maybe government agencies are obliged to use hard copy and resort to first class mail.

“Things have been really crazy. We made a deal with Amazon and now have 40 percent of their business,” he lamented. “That, plus everyone has started mailing a lot earlier this year.”

The post office, unlike FedEx and UPS delivers on Christmas and Sundays. He said some days he starts at 7am and doesn’t get finished until 10pm and mail is getting delivered at odd times.

What about “Neither snow, nor rain, nor heat, nor gloom of night, stays these couriers from the swift completion of their appointed rounds.”

“Oh, that’s still true, but this month the mail just gets delivered later! We’ll get it figured out eventually.”

I’ve been selling a bunch of stuff on eBay which also must have a deal with the postal service. On all packages, I get a postage discount, plus I don’t have to go to stand in line at the post office and can have the occasional chat with the postman.

Every year, I plan to send out hard copy Christmas cards, and every year I don’t get around to it. Fifty cents for a stamp and fifty cents for the card – a buck to send a greeting and well wishes is a pretty good deal.

I remember when I was young, my parents sent out Christmas cards every year. That tradition included going to the post office and picking out just the perfect stamps for that year’s mailing.

It was also a time to make donations to fight tuberculosis and putting those on the envelope was also signs of the season.

I don’t even remember mailing packages. Once in a while something would be sent to my aunt in Washington DC, but she generally came back to Cheyenne for Christmas. She always brought with her “big city” gifts like Godiva ch0colate, sweaters from Lord and Taylor.

These days, all that fancy stuff is now very common and available in malls.

The Baby Boomer diaspora also contributes to the package shipping explosion. When my grandparents died, my uncles and aunts didn’t come around as much any more. That meant my cousins didn’t come to town much either.

Any presents had to be mailed. That was all before FedEx and UPS. When all the cousins were in high school, the unwritten rule was, no more gifts.

I really don’t send stuff out, but now that I’m getting to the point in life that I’m downsizing, I’m selling stuff on eBay. Why on earth I held on to that Charlies Angels lunch box, I’ll never know (although I still have a crush on Kate Jackson) but someone will enjoy having it gathering dust on their shelves.

The few holiday greetings I’ve sent out are gift cards to amazon.com or event tickets. As long as there are kids, there will be a demand for unnecessary stuff. The cycle seems to keep going and going.

Even if I don’t get around to sending out cards this year, I’ll at least be nice to my mail carrier this holiday season.

By the way, I learned that this quote which has become the US Postal Service motto was written by Greek historian Herodotus, 503 B.C. The words are inscribed on the General Post Office facility on 33rd Street and 8th Avenue in New York City. 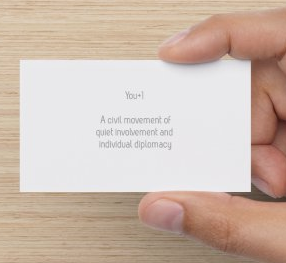